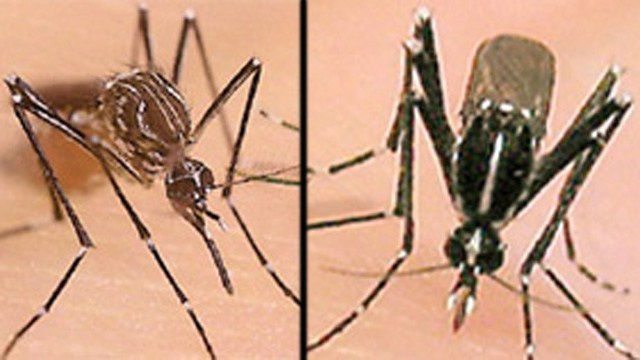 MYFOXNY.COM/AP – Twenty New Jersey residents have tested positive for a mosquito-borne virus that has spread through the Caribbean.

The state Health Department says the residents who came down with chikungunya had returned to New Jersey from the Caribbean. Chikungunya causes a high fever and severe pain in the joints. It is rarely fatal. There is no vaccine, and it mainly is treated with pain medication.

“The arrival of chikungunya virus, first in the tropical Americas and now in the United States, underscores the risks posed by this and other exotic pathogens,” said Roger Nasci of the Centers for Disease Control and Prevention, in a prepared statement.

Health officials urged residents to prevent mosquito bites but said there was no cause for alarm.

“There is no broad risk to the health of the general public,” said Dr. Celeste Philip, a public health official with the Florida Department of Health.

Now that chikungunya is in the United States, CDC officials think it will behave like dengue virus, with imported cases causing occasional local transmissions but not widespread outbreaks.

West Nile symptoms include fever, muscle weakness, vomiting and dizziness; these ailments are common in an eastern mosquito virus.

MYFOXNY/Copyright 2014 The Associated Press. All rights reserved. This material may not be published, broadcast, rewritten or redistributed.